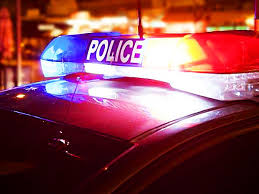 MEXICO—On Friday, Dec. 23, at about 1:18 a.m., the Mexico Public Safety Department responded to the 1200 block of W. Breckenridge Dr. in reference to a fire at an apartment building.
Responding personnel found heavy flame already burning through the roof of part of the building. Personnel attempted to make sure everyone was out of the building, which consisted of 11 apartments and an office. The fire was eventually extinguished with nine of the apartments and the office being destroyed.
One resident of the apartments, Ruth Ann Stuart, age 60, died in the fire. Three MPSD personnel suffered minor weather-related injuries. The Missouri State Fire Marshal’s Office responded to assist with the investigations into the causes of both fires. Both are still under investigation. The other two apartments were undamaged.
Audrain Ambulance District also responded to the fire on W. Breckenridge to assist in the care of residents and firefighters during the extremely cold conditions.
At approximately 2:33 a.m., the Mexico Public Safety Department ment responded to a fire alarm in the 1000 block of Elmwood Drive. Responding personnel eventually discovered a small fire in the building. A mutual aid request was made of Little Dixie Fire Protection District. LDFPD personnel responded to help on W. Breckenridge and handled firefighting operations on Elmwood Drive.
Anyone with any information about either fire is asked to call CRIMESTOPPERS at 573-473-8477 or 573-473-TIPS or Mexico Public Safety at 573-473-5800 or 573-581-2100.