Lady Indians selected as first team All District for 2022 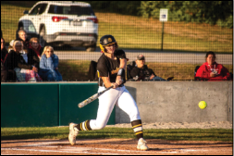 The following Van-Far Lady Indians, pictured above, have been selected as first team All District for 2022: Mara Jensen, Carmen Wilburn, and Dalana Gay.

The Van-far Indians battled the Mark Twain tigers last week to complete their regular season ahead of Districts. They took a last with a final score of 64-8. On Monday evening, it was announced that due to low numbers and injuries this season, the Van-Far Indians will not be moving on to districts. Van-Far Indians Head Coach Lucas Gibson would like to encourage Indians fans to show their support for the team, that has worked hard and never given up.