Future of hospital hangs in the balance 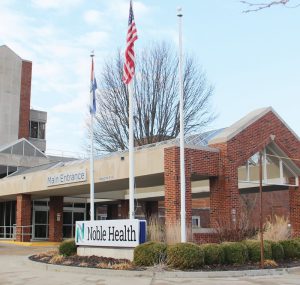 Platinum Team Management, a hospital and medical management company based in Wylie, Texas, announced an agreement last May to assume control of Audrain Community Hospital in Mexico, and Callaway Community Hospital in Fulton. Noble Health had announced that the facilities were closing on March 25 and the two hospitals suspended services and diverted all patients to nearby facilities. Since that time, questions have been raised concerning the possibility of the hospitals reopening.
“Here is what we know about the hospital as of now,” said Audrain County Presiding Commissioner Alan Winders. “Platinum has said publicly that they are not going to reopen the hospital. There is however another buyer that is interested, and they are doing their due diligence right now in making their consideration. If the hospital does not reopen by Sept. 23, the building will lose its license and will be difficult if not impossible to ever license again. So, if this doesn’t work out before that deadline, our only hope for an Audrain County hospital will be a new construction. This would be a long and expensive process to see completed,” he added.
If a new buyer closes a deal on the property by the end of September, the new owners would have an additional 90 days to get the building licensed. If there are remodeling projects included, the deadline could be extended to 180 days.”
Rep. Kent Hayden, R-43, said that the issue needs to be resolved quickly.
“There is another deadline that is time critical,” said Hayden. “They have until mid-September to notify the state health board that they are going to reopen,” he added.
The main reason for the licensing of the hospital being difficult in the event of a lapse, is because the building has asbestos in it. Audrain County Associate Commissioner Leslie Meyer said, that a certificate would be grandfathered in if it were purchased before the deadline.
“If a new buyer makes the purchase now, a certificate would come with it and be grandfathered in,” said Meyer. “If it does lapse though, they will go in and inspect every aspect of the hospital and there is no way that the building would pass those inspections. Even though there are no health risks to be concerned about, as the asbestos has been encapsulated. This is a critical time, and we are hoping that this all works out for the best,” she added.