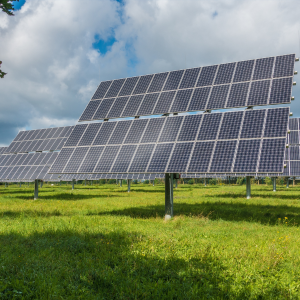 The Huck Finn Solar Project, which is being Developed by EDF Renewables, will be the largest solar installation in the state of Missouri when completed. The project is expected to create more than 250 jobs at the peak of the construction process. The project is expected to generate more than $14 million in revenue for the local communities in both Audrain and Ralls Counties.
It has been announced that under terms of the agreement, the local utility, Ameren Missouri, will acquire the plant when construction is complete, which will help the company meet its goal of net-zero carbon emissions by 2045.
Missouri ranked 35th for installed solar projects last year, according to the Solar Energy Industries Association, with only .72% of its electricity derived from solar. Anheuser-Busch and IKEA both have solar installations in the state. Ameren said that this will be good for customers.
“Solar generation is good for all of our customers because it provides clean electricity, creates economic opportunity and injects millions of dollars into the community over the life of the project, which will have widespread additional benefits,” said Mark Birk, chair and president of Ameren Missouri. “The facility is a step-change for solar generation in Missouri and is designed to generate more than 25 times the amount of energy of Missouri’s largest existing solar facility. With timely regulatory approvals, the project could begin generating clean energy as soon as 2024,” he added.
EDF Renewables is a company with a longstanding track record of developing and building renewable energy facilities. Known as the Huck Finn Solar Project, it is planned to be constructed on the border of Audrain and Ralls counties. Huck Finn is expected to produce enough energy to power approximately 40,000 homes. With timely regulatory approvals, the project could begin generating clean energy as soon as 2024.
“Our customers will benefit from technological improvements that make solar generation an adaptable resource where we can get more energy from previously unused locations, including parking lots and garage rooftops,” said Ajay Arora, chief renewable development officer at Ameren Missouri. “In the coming months, we anticipate taking more steps to demonstrate Ameren Missouri’s commitment to clean energy generation.”
Ameren Missouri has been providing electric and gas service for more than 100 years. Ameren Missouri’s mission is to power the quality of life for its 1.2 million electric and 135,000 natural gas customers in central and eastern Missouri. The company’s service area covers 64 counties and more than 500 communities, including the greater St. Louis area.
“We’re focused on the two items customers say are most important to them: reliability and affordability,” Birk said. “The thoughtfully planned additions of renewable generation over time keeps the grid reliable and resilient while also managing costs.”
Terms of the agreement between Ameren Missouri and EDF have not been disclosed and are confidential.